Alrighty, the new AP Poll is out and here it is…

Hey guys, we’ve come out with a new post schedule…

Friday- Saturday What to Watch/game picks

Check in tonight for yesterday’s rundown

Not much has changed as most Heisman Hopefuls didn’t have many big games, but here’s another brief look at the standings. We’ll leave it simple this week but check back next week for a detail one following some big Heisman games during Week 7.

Still the front runner is Lamar. He’s not shown us anything to make us believe otherwise. If you want to watch exciting football, watch this kid play

Ohio State quarterback still looks good heading into Week 7, but he’s got a huge test on the road against 8 Wisconsin.

Watson improving but not near where he was last year. Hopefully he continues to improve and get back to that next level.

After a good performance against a weak Oregon defense, Jake Browning’s on the rise. We’ll see if he keeps it up.

I’ll put it simple…he needs a big game. He hasn’t lived up to the hype this year and needs to get himself and his team back on track, it’s that simple.

2. Washington rolls even more over Oregon

3. Texas A&M holds of Tennessee comeback with the help of 7 Volunteer turnovers

With some big games in Week 6 of College Football, this is what you should look out for… 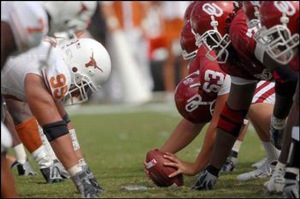 Those are what games we predict will be the most exciting and the best to watch. Comment on your picks and any input you have. Also be sure to check out and follow out twitter @WiseMenHeisman

Each week we’ll take the top games of the week and give our prediction on the point differential and of course our favorite to win. Check in every Thursday night for our weekly picks.

Despite a loss at Clemson, Lamar Jackson outplayed fellow Heisman opponent Deshaun Watson and hold onto his front-runner position.

Barrett racked up another impressive performance in another Ohio State blowout. He keeps on winning and performing a high level. 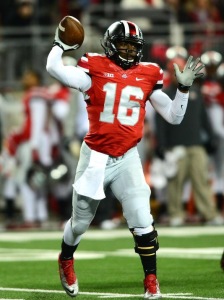 Watson played okay in the win vs Louisville but still nothing like last year. He through 3 INT despite a couple TD’s but still needs improvement in accuracy and his running. We’ll see if he continues to pick it up.

McCaffrey dropped a spot after being shut down against Washington in a blowout. He’ll need some big performances to get back in contention for the top spot.

Washington’s QB, Jake Browning, has had somewhat of a breakout year and he jumps into the top 5 following a blowout of Stanford. We’ll see if he continues to rise up in the ranks.

Check back tomorrow for the NFL’s Heisman of the Week! 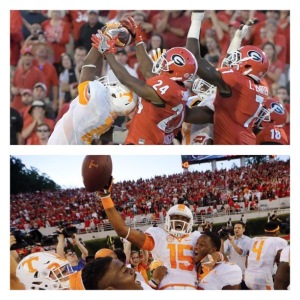 Check back tomorrow for the new set of AP Rankings and keep coming back everyday for new posts and updates.